‘Werner already up there with Kane & Vardy’ – Chelsea striker is ‘world-class’, says Chilwell 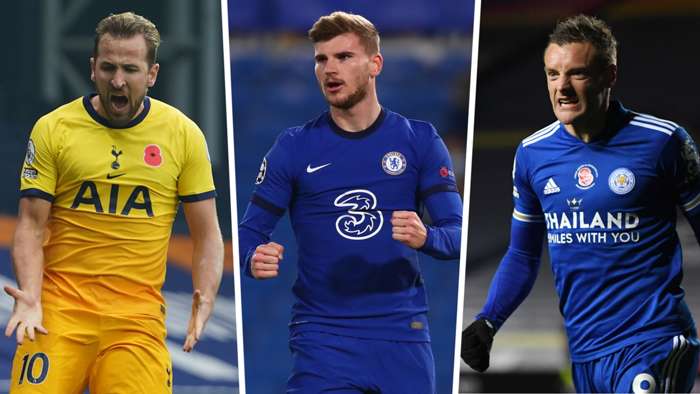 Timo Werner is “already up there” with Harry Kane and Jamie Vardy when it comes to the most destructive strikers in the Premier League, claims Chelsea full-back Ben Chilwell.

Werner had been heavily linked with a switch to Liverpool, but Stamford Bridge ended up being his landing spot in the Premier League.

Frank Lampard's side invested £47.5 million ($63m) in the Germany international, with an impressive strike rate at RB Leipzig bringing him into the thoughts of leading sides across Europe.

Chelsea were convinced that they had landed a frontman tailor-made for the Premier League, with Werner’s versatility and work-rate marking him out as a useful asset.

Faith has been rewarded with eight goals through 12 appearances and fellow new boy Chilwell believes a prolific 24-year-old is comparable to Golden Boot winners on the books at Tottenham and Leicester.

“I’d already say he’s up there with them two Kane and Vardy and he can definitely go on to be absolutely world-class for a long time for the next 10 years or so,” Chilwell told Soccer AM.

“I think when you look at his age and how prolific he is in front of goal, even now his start at Chelsea he’s scored a lot of goals already. Just in front of goal he’s so good.

“He has similar characteristics to both Vardyand Harry to be fair. In terms of running the channels and how quick he is it’s similar to Vardy. With Harry his link-up play and his finishing is similar.

“He’s definitely in a category with them two.”

Werner has been backed to challenge for the Premier League top scorer prize in 2020-21, with Kurt Zouma saying of a predatory finisher: “He’s been scoring goals for fun in the German league.

“That’s why he has come here, to show himself in the Premier League. I think he can do it. He has the ability and he’s so quick.

“We have a great team. We don’t need to get too excited. We just need to be ready and keep confidence high.”