'We are young, we must learn' - Lukaku urges Inter to find consistency after Coppa Italia win 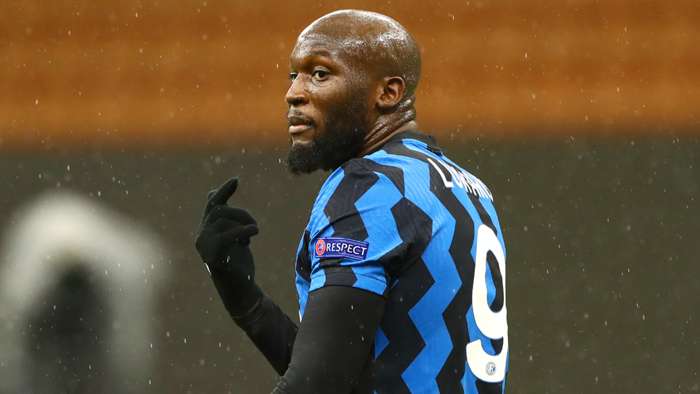 Romelu Lukaku hopes Inter are learning as they continue to struggle forconsistently over90 minutes despite sitting second in Serie A and reaching the quarter-finals of the Coppa Italia.

A dominant first 45 minutes had seen the Nerazzurri attempt eight shots to Fiorentina's one, while having 56.6 per cent of the possession, but Christian Kouame equalised after 57 minutesprior to Lukaku's introduction as a substitute, as the Viola outshot their visitors nine to six in the second period.

For Inter, it was a second successive match in which they lost the initiative, even if Lukaku's goal this time meant they advanced to face rivals AC Milan in the last eight.

At Roma on Sunday, despite trailing at half-time, quickfire goals from Milan Skriniar and Achraf Hakimi had Antonio Conte's men in front before they conceded a late leveller.

Ahead of the Roma game, Conte had bemoaned Inter's inability to make fast starts, having led at the interval just four times in Serie A this term, but Lukaku is now concerned by his team's displays from half-time onwards, a period in which they have scored an impressive 30 goals and conceded just 12 in the league.

"I don't know why it happens," Lukaku told Rai Sport. "We already said it after the draw against Roma that it shouldn't happen, but it happened, even if we still won this time.

"We are young, we must learn from these things, but we want to improve."

Having booked the meeting withMilan, a fixture he was reluctant to immediately discuss, Lukaku acknowledged there were still positives.

"We are happy to have won a difficult match against a great coach Fiorentina's Cesare Prandelli," he said. "We are happy and we want to continue like this."

Turning focus back to Serie A, Inter face champions Juventus next on Sunday, with the Derby d'Italia rivals determined to win to keep the pressure on leaders Milan.