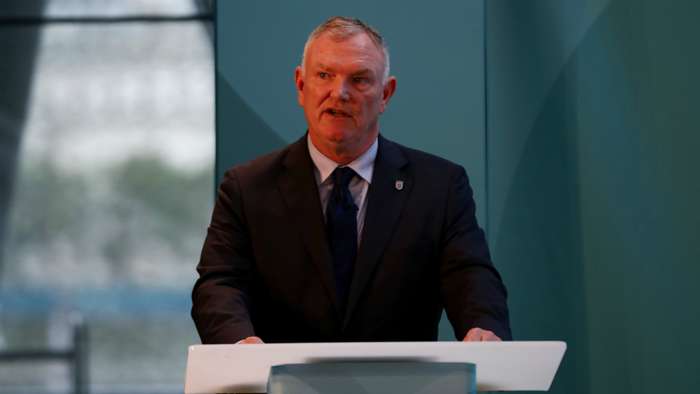 FA Chairman Greg Clarke has responded to the recent reveal of "Project Big Picture", saying that there is more to football than economics while adding that any sweeping changes must be made with the idea of benefitting all clubs involved.

As a result, the nine longest-serving teams in the league would be handed greater power in exchange forsupporting the wider league systemwith a series of financial packages, as the coronavirus pandemic continues to damage clubs financially.

EFL chairman Rick Parry has backed the plan, which would see25 per cent of the Premier League's annual revenue diverted to the EFL while also ending the League Cup and Community Shield.

The Football Supporters’ Association has, however, slammed the plans, saying the proposals have been “stitched up behind our backs by billionaire club owners” who treat football as their “personal fiefdom”.

The UK government’s Department for Culture, Media and Sport were also critical of the plans, labelling them “backroom deals” that would create a “closed shop” at the top of English football.

Ahead of Thursday's council meeting, Clarke issued his response to the plan, saying that he wants change to be done in the right way for clubs in both the short and long term.

"Our perspective is that we have a fantastic league structure and pyramid that is the envy of the world," Clarke said in a statement. "While we should always be open to evolve, to move the game forwards, changes have to be done in the right way and with a long-term perspective in mind.

"We are fully aware that there are huge financial pressures throughout the game and collectively we need to work hard so that our clubs survive the pandemic. However, we must separate this need from discussions about the potential long-term structure of our wonderful game.

"Of course, if we can agree changes that are beneficial in the long term and have an immediate positive impact, we will consider that. Equally, we cannot be forced into short-term decisions that would be damaging in the long term.

"We will always have conversations with stakeholders at both a national and international level to understand any changes to the landscape that could impact our structure and listen to ideas that are put forward. However, we would only offer formal support for any proposal when it goes through the proper channels and has a full evaluation."

The Premier Leagueis unable to make certain changesto the league'sconstitution without the FA’s consent, while the FA is also in charge of sanctioning all competitions in England.

Additionally, the FA is in charge oflicensing clubs, through UEFA, to play in Europe.

Clarke says that he participated in discussions last weekend before the proposal was revealed but he had previously removed himself from discussions that he saw as a power-grab by those atop the league.

"With the knowledge of senior Board members and our CEO, I participated in the early stages of discussions which were disclosed last weekend. It is very important stakeholders discuss resolving some of the strategic issues facing our game such as, for example, fixture congestion," he said.

"However, in late spring, when the principal aim of these discussions became the concentration of power and wealth in the hands of a few clubs with a breakaway league mooted as a threat, I, of course, discontinued my involvement and counselled a more consensus-based approach involving all Premier League clubs and its Chair and CEO. Our game needs to continually seek to improve but benefits need to be shared.

"We, the FA Board and Council, have to ensure that any changes would be to the long-term benefit of the whole of football and we have substantial controls to help ensure that the best interests of the game are served by any new proposals.