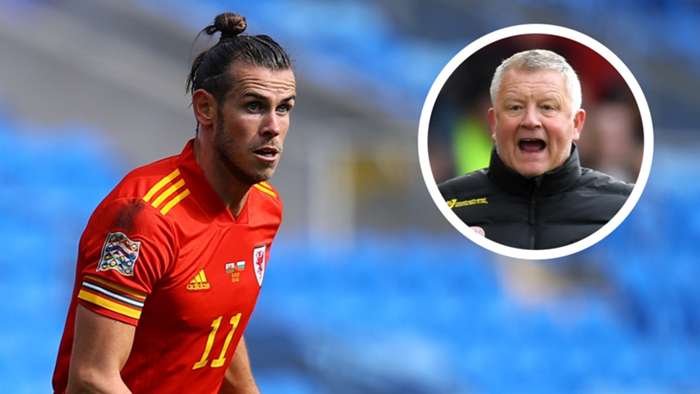 Bale is heavily linked with a return to Tottenham, the club he left to join Madrid in 2013, with a move reportedly close according to his agent.

The 31-year-old has won two La Liga titles and four Champions Leagues among numerous other honours with Madrid, but has been frozen out as he seemingly nears a return to Spurs.

But Wilder joked he wanted Bale to stay in Spain, as the attacker's return would only make life harder for his team.

"I said a couple of years ago when we first landed in the Premier League when Eden Hazard was going to Real Madrid that I'd give him a lift to the airport," he told reporters.

"Hopefully Gareth stays in Madrid, it's a lovely place Madrid and there are some great golf courses out there so don't make it any harder for us."

On their return to the Premier League last season, Sheffield United finished ninth in the table and just five points behind sixth-placed Tottenham.

Wilder, whose team face Burnley in the EFL Cup on Thursday, said he was unsurprised Bale wanted to return to England.

"I'm not surprised that he wants to come and play in the Premier League," he said. "Our experience over the last year has been fabulous and we want more of that and I suppose there'd be a lot of Spurs fans wishing that to happen.

"But I don't think there'd be a lot of Sheffield United fans wishing that to happen because that just causes another problem when we have to play the likes of Tottenham and the other big hitters."

Recent reports suggest Bale has agreed the finer details of his return to Spurs with Real Madrid set to finance part of his season-long loan move.

Tottenham manager Jose Mourinho was coy when asked about a possible transfer on Wednesday but conceded he's a player he has always rated highly.

"It's not my job to have contact with agents, I don't want to comment on that, especially on players at other clubs," Mourinho said.