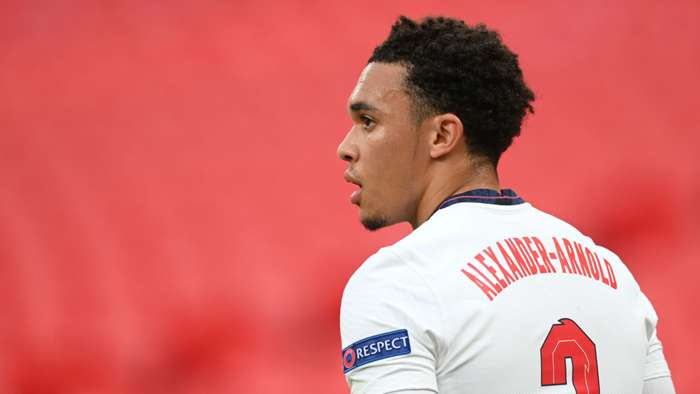 Trent Alexander-Arnold would be “silly” to consider a move from right-back to a midfield berth at this stage of his career, says John Barnes, with the 22-year-old told he is capable of spending another five years starring in defence for Liverpool and England.

His rapid development has come in a spot that places greater emphasis on keeping opponents out;Alexander-Arnold has, however, shown that he is capable of making telling contributions at both ends of the field with 36 assists recorded across 138 appearances for Liverpool.

His passing and crossing ability has seen him marked out by some for a more advanced role in the future, with it suggested that he could benefit club and country further up the pitch.

Barnes disagrees, with the Reds legend of the opinion that his skills should be honed in his current position before giving any consideration to filling another.

He has told BonusCodeBets: “Trent Alexander-Arnold isn’t going to get ahead of any of Liverpool’s current midfielders in the next two or three years, with the likes of Fabinho, Georginio Wijnaldum and Thiago Alcantara around.

“He doesn’t need to worry about his long-term position at Liverpool as he is the first choice right-back for Liverpool for the next four or five years minimum.

“Yes, he does have a lot of attributes of a midfield player with his passing and crossing abilities, but he is so useful for Jurgen Klopp and Liverpool at the moment, it would be silly for him to think about playing anywhere else.”

While Liverpool are well-stocked for creative talent, the same can be said for England.Jack Grealish, James Maddison, Phil Foden and Mason Mount are all vying for a playmaking post with the Three Lions.

Barnes, who once offered such qualities as a tricky winger for the Three Lions, believes thestar turn on Leicester’s books should be the man to get the nod from Gareth Southgate.

He added: “Everyone is talking about Mason Mount being selected over Jack Grealish, but for me, James Maddison is better than both.

“England have so many good attacking players you have Jack Grealish, Mason Mount, James Maddison and Dele Alli, then the likes of Jadon Sancho and Raheem Sterling who play in front of them as the attacking forwards.

“It’s unfortunate you can’t play all of them, if they played at defensive midfield position or at centre-back maybe there would be more opportunity for these young players to start consistently.

“Both Mount and Grealish have done well in England games, but there are plenty of other players who I feel are ahead of them from an experience point of view.