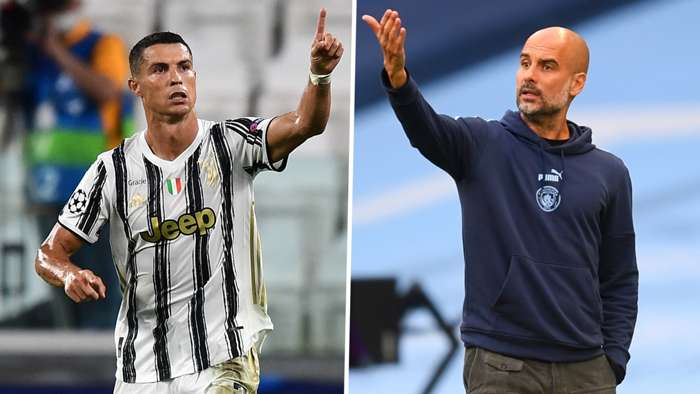 Andrea Pirlo is taking great pride in working with “icon” Cristiano Ronaldo at Juventus and considers Manchester City boss Pep Guardiola to be “an example for all” in coaching circles.

When Juve took the decision to part with Maurizio Sarri, a familiar face was turned to for inspiration.

Pirlo, who had only been appointed as the club’s U-23 boss a few weeks earlier, was asked to step up into a top job with the Italian champions.

That opportunity has been embraced, with an iconic figure from his own playing days enjoying the opportunity to work with a star-studded cast in Turin that includes a five-time Ballon d’Or winner.

Pirlo told UEFA of having Ronaldo at his disposal: “I’m happy to have this icon of world football, to see him every day, to have him at my disposal, to see him train, to see him play.

“It’s an enormous pleasure for me, and for the whole team. He’s someone who works the same now, at 35, as he did as a young lad, with the same passion to play football every day.

While Ronaldo sets the standard on the field, Pirlo considers his former Brescia team-mate Guardiola to be a man raising the bar off it.

He added on a desire to follow in the Catalan’s footsteps when it comes to success in the dugout: “Guardiola is an example for us all. He’s showing and has shown that he’s one of the best. Since his years with Barcelona’s youth team and then by moving up to the first team.

“He’s shown that young coaches who are keen to promote a certain kind of attacking football are an example to follow.

“Then, we all have our own ideas and I think we need to take them forward, but he’s definitely a role model for the whole footballing movement.”

Pirlo is still finding his feet when it comes to the art of management, with the former Italy international learning on the job as he embraces a different kind of pressure.

“It’s definitely more stressful in the dugout because on the pitch I could decide what I wanted to do with the ball,” said a modern-day great who spent four years with Juve in his playing days.

“From the dugout I can manage, but it’s other people that are interpreting their role, that are playing the matches, so it’s a bit tougher as a coach.