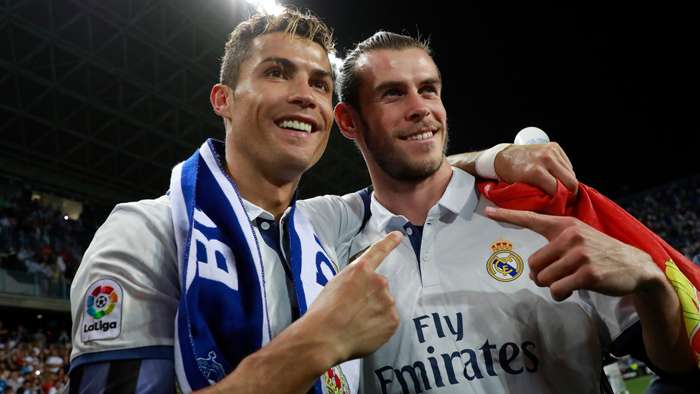 Former Real Madrid president Ramon Calderon admits it is “a pity” that Gareth Bale is having to return to Tottenham on loan, as he arrived in Spain with people “thinking that he would be better than Cristiano Ronaldo”.

Big things were expected,and the early signs were encouraging.Form and fitness issues were, however, to start following Bale and he failed to take the role of club talisman at Santiago Bernabeu when Ronaldo departed for Juventus in 2018.

He is now seemingly heading back to familiar surroundings, as Spurs look to put an initial loan move in place, and Calderon admits there will always be a sense of what could have been for Bale in Madrid.

He said in the Daily Star: “I think it's been a pity. He came with the handicap that we paid for him more than for Cristiano Ronaldo and that meant that he was under scrutiny all the time.

“They were thinking that he would be better than Cristiano Ronaldo, and on top of that he had many injuries and he was unlucky.

“It happens so many times that a player who is successful in one club is not in another one. I don't know, really it hasn't been a successful signing, which is a pity because, as I say, the player is a very good player.”

On a proposed return to Tottenham for Bale, Calderon added: “I think it will go ahead. This is a different deal, a different club. For a player like him, being 31, I think he needs to play in a competitive league. He wants to feel the important player that he is.

“I think it's the best option for everyone and for Tottenham, I think they are lucky having a player like Gareth Bale. People loved him there so I think this is the real time when he will leave and he will be playing for Tottenham.”