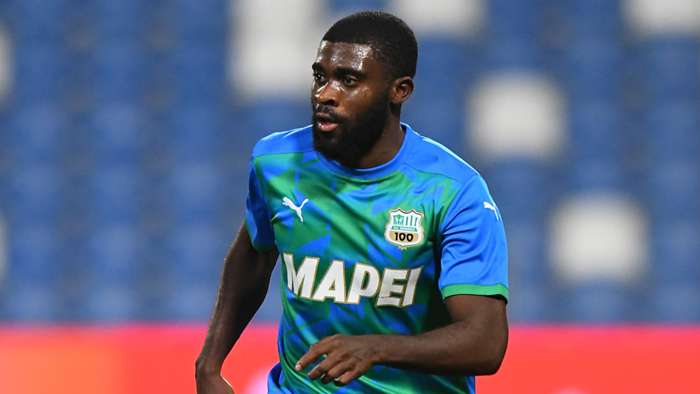 Former Chelsea winger Jeremie Boga’s dribbling ability is second only to that of Lionel Messi, according to his Sassuolo coach Roberto De Zerbi.

He helped his side to an eighth-placed finish in Serie A last season and they have kicked on since then, sitting second in the table behind AC Milan going into the international break.

Boga missed the start of 2020-21 with coronavirus but has been finding his way back to the form which saw him register 11 goals and four assists in Serie A last season.

He regularly competes with the likes of Messi, Neymar, Wilfried Zaha and Adama Traore for the most dribbles completed in Europe, and his coach thinks he deserves his place among the very best.

“Boga arrived here and he did not know how to link up with his team-mates or score goals, but as far as his ability to beat his man, I would put Messi ahead of him… and then I would have to think about it,” De Zerbi told La Repubblica.

“Now he plays with the team and they all benefit from it. Everyone does.”

De Zerbi also singled out midfielder Manuel Locatelli. The 22-year-old joined from AC Milan after impressing on loan and his coach believes he has become Italy’s best midfielder.

“Locatelli is the best Italian midfielder. With the national team against the Netherlands, he was against Georginio Wijnaldum, a huge player for Liverpool – and yet he dominated.”

Sassuolo’s early-season form has captured the imagination of many in Italy and De Zerbi is making no secret of his ambition for European qualification – though he worries his squad could be picked apart if they don’t make it.

"I have no problem declaring my ambitions. If we finished eighth last season, this year we want to win a place in Europe,” he said.

“Our players have been chosen one by one, no one is here by chance.