‘No point Fernandes being the best if he wins nothing’ – Man Utd need trophies for their talisman, says Yorke 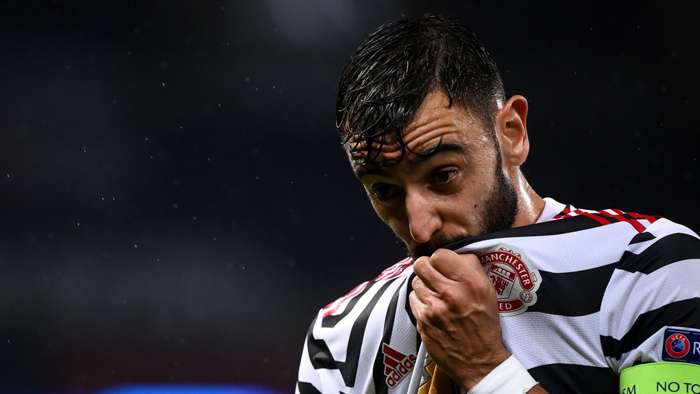 Bruno Fernandes has been warned there is “no point being the best player if you don’t go on to win things at Manchester United”, with Dwight Yorke saying the Portuguese needs trophies in order to cement a standing among the elite.

Across 12 months at Old Trafford, Fernandes has helped to deliver a reversal in fortune for United that few could have predicted.

Individual accolades have rained down on a man looking to follow in the footsteps of iconic countryman Cristiano Ronaldo in English football.

Plenty are prepared to talk up that potential, with silverware being chased down on multiple fronts, but United have had an issue with semi-finals of late and Yorke admits they need to get over theline in order for Fernandes to sit alongside the world’s best.

The former Red Devils striker told Sky Sports of a player that has delivered 27 goals and 17 assists through 48 appearances: “He has come in and really lifted the team in a really massive way. Ole Gunnar Solskjaer deserves a lot of credit for recognising such a player to bring in.

“What he has brought to the team has been second to none. He has been consistent and a star performer week in, week out, and has mobilised the team and given them an energy which was lacking earlier on in the campaign.

“You are always going to be judged by the fact you have won things.

“They got to three semi-finals last season and they have got to another semi-final this year and not got over the line. So time is ticking in terms of that and in terms of the results.

“It is not very often that you get to those kinds of positions and he now needs to convert those into trophies – that will be the next steps.

“In terms of where he (Solskjaer)has the team at the moment, every Manchester United fan will be singing with a lot of joy. It is not something we have been able to do in recent times so this is a very good time for the football club and the fans around the world.”