‘Maverick’ former Leeds, Leicester & England striker Worthington passes away at the age of 72 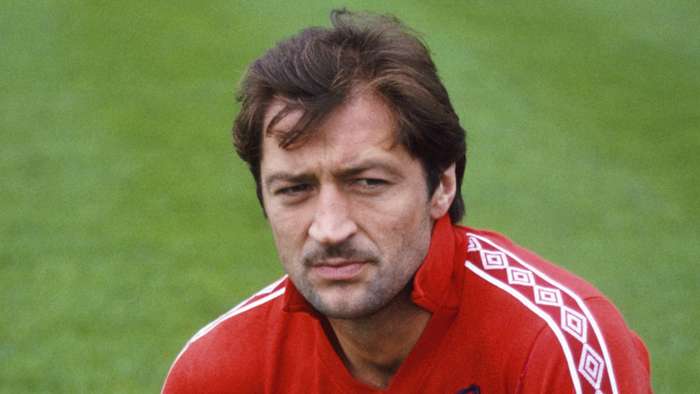 Former Leeds, Leicester and England striker Frank Worthington has passed away at the age of 72 following a long illness.

The enigmatic frontman enjoyed a lengthy playing career that also took in notable spells at the likes of Huddersfield and Bolton, with 260 goals recorded at club level.

Worthington was renowned for enjoying the high life when at the peak of his powers and stood out on the field for wearing no shin pads and allowing his socks to fall down around his ankles.

Starting out in the mid-1960s, Worthington played in 22 consecutive Football League seasons between 1966 and 1987 and would not completely hang up his boots until the early 90s.

He took in over 170 outings for Huddersfield, before going on to top 200 appearances for Leicester.

Bolton, Birmingham, Southampton, Leeds, Sunderland, Brighton, Preston and Tranmere all welcomed him onto their books, with time also spent in American and Sweden.

He won the Golden Boot while representing Bolton in 1978-79, edging out the likes of Liverpool legend Kenny Dalglish to claim that prize, and hit 150 goals through 14 campaigns in the First Division.

Worthington spent two years as player-manager of Tranmere between 1985 and 1987 before heading into non-league to see out a career which ended back at home town club Halifax Town.

Worthington’s mercurial talents could not be ignored by the Three Lions and he represented his country on eight occasions.

All of those caps were collected in 1974, with the target found in friendly outings against Bulgaria and Argentina.

Worthington’s wife Carol has said: “Frank brought joy to so many people throughout his career and in his private life.

“He will be greatly missed by everyone who loved him so much.”

Ex-Leicester and England striker Gary Lineker has posted on social media: “Profoundly saddened to hear that Frank Worthington has died. He was my boyhood hero when he was at LCFC.

“A beautiful footballer, a maverick and a wonderful character who was so kind to this young apprentice when he joined the club. RIP Frank (Elvis).”

Tributes from many of Worthington’s former clubs have poured in, with ex-Huddersfield and Bolton manager Ian Greaves once describing a larger-than-life character as “the working man’s George Best”.

???? It is with great sadness that Bolton Wanderers has today learned of the passing of club legend Frank Worthington.

Our thoughts and prayers are with his family and friends. pic.twitter.com/tEYRFCaw1P

It is with great sadness that we heard the news of the death of Leicester City legend Frank Worthington, who passed away on 22 March, 2021. pic.twitter.com/bTbmAQf5TE

Everyone at #htafc is devastated to hear of the passing of Town legend Frank Worthington.

Our thoughts are with his family and friends. https://t.co/mERIBbCzBv

???? One of footballs great mavericks, rest in peace Frank pic.twitter.com/Udn1WMx58u