'Maguire will get back to his best' - Man Utd centre-back will prove a great signing, insists Fuchs 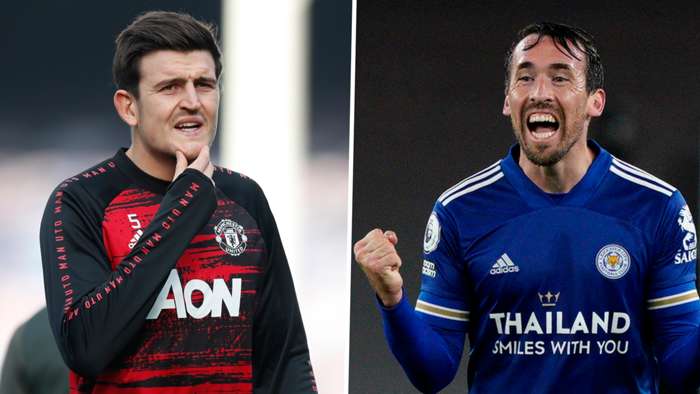 Christian Fuchs is in no doubt that his former Leicester City team-mate Harry Maguire will overcome his recent struggles on and off the field and prove himself a "great signing" for Manchester United.

The England international had a solid first season at United but his form his dipped this season, prompting heavy criticism from prominent pundits, while he has also become embroiled in an ongoing legal battle with Greek authorities after being convicted of aggravated assault, resisting arrest and attempted bribery by a court in Syros in August.

Maguire was given a suspended sentence before his lawyers launched an appeal against the original verdict and the matter remains unresolved.

Fuchs, though, believes that the 27-year-old will get through this difficult period and prove himself one of the finest centre-backs in the world once again.

"You can only know what's going on when you are really behind closed doors," the Austrian told Goal . "No one has those insights but the way I experienced Harry when he was here was that he is always trying his best to perform well.

"Sometimes, you want to try to give your best but it simply doesn't work the way everyone wishes. Not only the player himself or the fans, but everybody.

"I am sure he is strong enough to get through that. He was a great signing for Leicester and he will be for Manchester United. I am sure he will get back to his best.

"When you are the last line of defence, then people find it easy to point fingers at you. Defending, like attacking, is a team effort, though, so it should be seen that way."

Maguire's departure was a massive blow for Leicester, as was Ben Chilwell's move to Chelsea during the summer.

However, Fuchs believes the Foxes, who narrowly missed out on a top-four finish in last season's Premier League, deserve the utmost credit for the way in which they responded to those setbacks, arguing that manager Brendan Rodgers and head of senior recruitment Lee Congerton have done an excellent job replacing the England duo.

Indeed, ahead of Sunday's trip to Liverpool, Leicester are top of the table, with new signings such as Wesley Fofana, Timothy Castagne and Cengiz Under all having played their part in the team's fantastic start to the 2020-21 campaign.

"There must be some good scouting going on at Leicester as we always bring in the right players!" Fuchs enthused.

"The manager has precise ideas about the right player profile, and how he sees the squad developing. The players we sign have to be ready too, as they are thrown into the first team fast.

"It is well known that Leicester found the right answers to the problems caused by Chilwell and Maguire leaving, through a combination of bringing in younger players or relying on experienced players who were already at the club.

"It happened for Caglar Soyuncu last season, Fofana already looks like an experienced player who has played five or six seasons in the Premier League and that is amazing.

"But it is also about the manager giving these players confidence to perform like that. He gives them the trust you need to build on the abilities you already have.

"Brendan has professionals like Jamie Vardy that handle themselves well but, at the same time, we have seen him rotate his team between Premier League and European games.

"We have players who can play in lots of different positions. Within a match, you might play wing-back, centre-back and other roles. We are all variable in our game, so it can make it hard for our opposition to adjust.

"I think last year we made a big step forward in our development as a team and while we didn't perform as well as we should have at the end of the season, we have addressed that this year.

"Now, the key is the consistency to perform like this throughout the season at a top level."

As well as playing his part in Leicester's fine form, Fuchs is also doing his utmost to connect with the club's fans at what is a difficult time for everyone because of the pandemic.

The 34-year-old runs his own social media accounts, a charitable foundation and an eSports business.

Hardly surprising, then, that Fuchs was only too keen to sign up when BAST, an innovative celebrity gaming platform, invited him to compete against the public in a charity FIFA 21 event.

"I think through projects like BAST people see I am very social with fans," he added. "It is very authentic; it is only me posting on there and interacting. Being a footballer is more than about just playing the game.

"We are in another lockdown and it is difficult to handle the situation, in both Leicester and everywhere. When people are forced to stay at home, it is cool to be able to have fans connecting with players in person and give joy and hope to others.