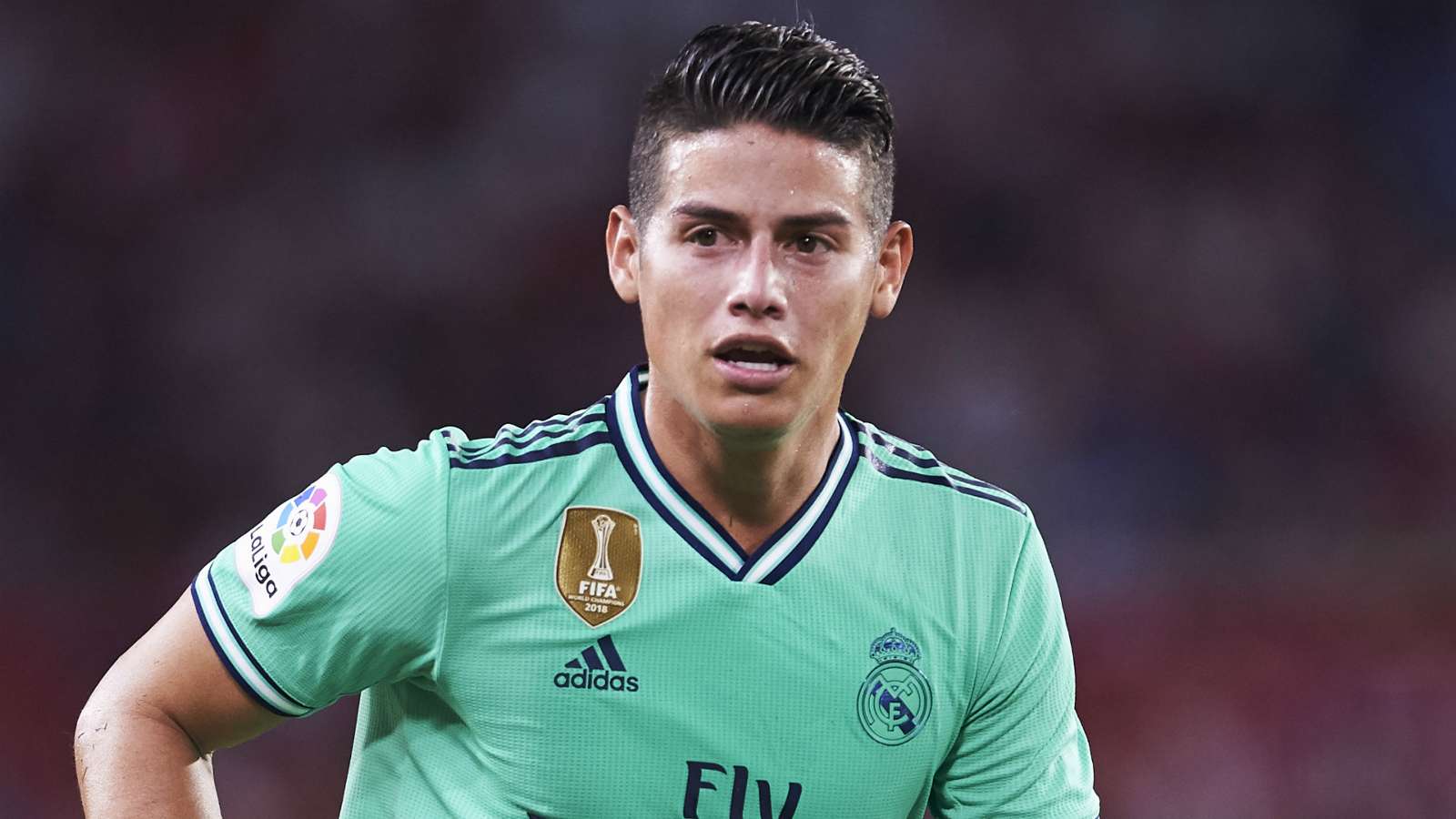 James Rodriguez says Real Madrid stopped him from joining another Spanish club last summer and that he also turned down down a move to Italy.

Madrid invested €75 million (£68m/$85m) in James back in 2014, luring him to Santigo Bernabeu from Monaco on a five-year contract. The midfielder earned the big-money move after spearheading Colombia's run to the World Cup quarter-finals in Brazil, where he also finished as the tournament's top goalscorer.

Unfortunately, the 28-year-old has been unable to build on that platform in the Spanish capital, falling down the pecking order under Zinedine Zidane amid persistent struggles for form and fitness.

James returned from a mediocre two-year loan spell at Bayern Munich last summer, and has since been unable to force his way back into Madrid's starting line up. He has only featured in 14 games across all competitions in total, with little sign of his situation improving as he approaches the final year of his current contract.

The former Monaco star has been heavily linked with a summer transfer, but he claims the opportunity to leave the club presented itself last year too, however his exit route was blocked.

"There was a very good proposal from a Spanish team, which Real Madrid rejected. I'd prefer not to say the name of the team," James told Colombian news outlet Gol Caracol. "I thought it was a done deal, but they didn't let me go to the club I wanted to join. They wanted me to go to another team."

The Madrid outcast also revealed he had the option to make his way to either Italy or China, but neither proposal appealed to him.

He said: “There was an offer fromItaly, but it didn't convince me, I felt it wasn't good.My representative, Jorge Mendes, told me that a proposal had comefromChina, but I replied that I would not go.I wasn't willing to do it because I feel I can still give a lot in Europe."

James went on to dismiss the suggestion he doesn't see eye to eye with Zidane, before expressing a desire to find a club where he can rediscover his best form.

"There was never any problem withZidane," said the Colombian playmaker. "Every coach has their tastes. We have a normal working relationship. I don't have a central role, but I am training and working for when it is my turn, so I can do well.

"I am also thinking about the future, that wherever I am I have to perform at my highest level.

"I don't know what will happen in the future, but if they give me a choice then I would choose a club where I could show my abilities and my potential."

James added on being wrongly subjected to criticism over his commitment to Madrid's cause: "A lot of things are said about me and almost all are lies.

"What bothers me most is that my professionalism is doubted. I do not accept that. I am very professional, that is why I have gotten to where I am. People who are next to me and have worked with me know what I am talking about.

"I take care of myself like no one else. I train a lot in my day-to-day life. I always want to improve."