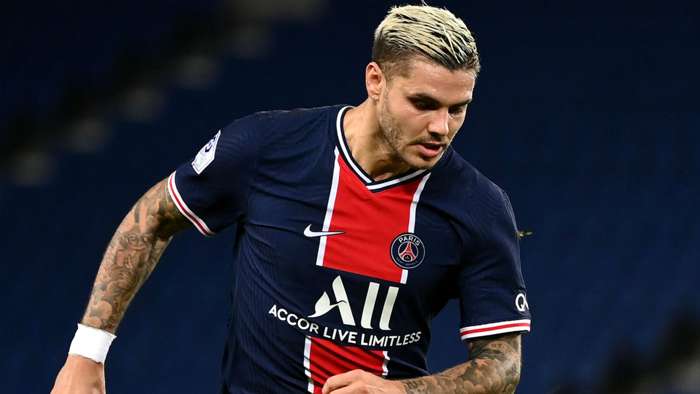 France legend Jean-Pierre Papin has heavily criticised Mauro Icardi, saying he has “great doubts about his personality” and questions whether the Paris Saint-Germain forward likes competition.

He even took the No 9 shirt in place of the departing Edinson Cavani, but has struggled to match the heights he reached last term, with injuries and loss of form limiting him to just three goals in six appearances so far.

In Icardi’s absence, summer signing Moise Kean has taken his opportunity, scoring 11 goals in 18 games since his loan move from Everton.

Icardi did manageto find the back of the net coming off the bench in Maurcio Pochettino’s first game in charge against Brest on Sunday, but Papin has not been impressed with what he has seen of the Argentine.

The former France international wonders whether the 27-year-old struggles playing alongside star players like Kylian Mbappe and Neymar, when previously he has been the star player himself.

Papin told France Football: “When I watched him play for a year, I didn’t get the impression that he wanted to bring the house down. How is it possible?

“In his body language, I didn’t see the urge. From what I have seen of him, I have great doubts about his personality.

“I feel he doesn't like competition. At Inter he was very impressive but he was the undisputed star and captain. In Paris, he is a ‘normal’ star and is behind Neymar, Mbappe and a few others.”

Papin did have some kind words to say about the striker, praising his predatory instincts in front of goal.

“He is a pure goal hunter,” added the former Ballon D’or winner.

“He knows how to position himself in front of goal. He senses where the ball will bounce, which is ideal when you are surrounded by team-mates who have such vision as Neymar, Mbappe and Di Maria - though he does not care to defend.”