'I would have played even if I were still positive! - Zlatan delighted with derby double after Covid isolation 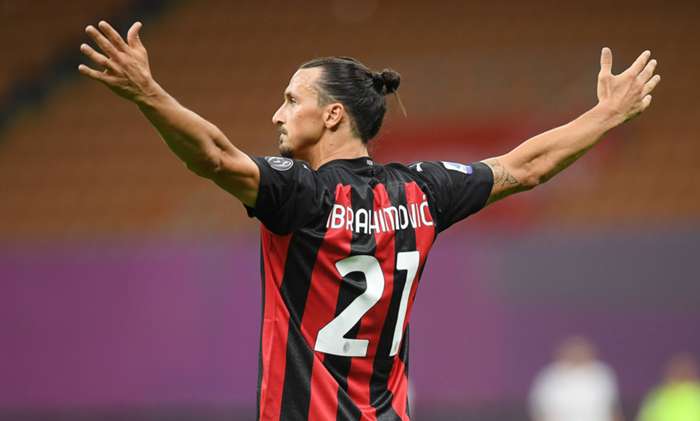 Zlatan Ibrahimovic was pleased to net twice in his first game back since recovering from Covid-19 , while joking that not even the virus would have kept him out of Saturday's Derby della Madonnina against Inter.

Zlatan hit first 12 minutes in, converting the rebound after seeing his penalty saved by Samir Handanovic, before doubling his tally shortly after with a close-range finish to polish off a lethal Milan counter-attack.

Inter narrowed the scoreline through Romelu Lukaku but could not find an equaliser, leaving Milan top of Serie A with a perfect 12 points from four games so far.

Their veteran Swedish forward has made a huge difference since arriving in January, and not even an enforced lay-off over the international break due to his positive Covid-19 test appears to be slowing the 39-year-old down.

"I lost my sense of taste a little, but I didn't have any other symptoms," Zlatan told Sky Sport after the match when asked about his brush with the virus.

"I swabbed myself every three days and I told myself that I would play in the derby whatever the cost, even if I were still positive!

"Better with age? Yes,I feel more complete and the experience helps. If I had the condition of a kid today, no one would stop me."

Milan last lifted the Scudetto all the way back in 2010-11, with their last trophy of any kind coming in 2016 when the Rossoneri lifted the Italian Supercoppa.

Zlatan will not let himself become distracted by title talk, though, with just four games of the season gone for Stefano Pioli's charges.

"We are only at the beginning, we are thinking about one game at a time," the former Sweden striker added.

"When I arrived the goal was Europe, we did it and we have to do well there too. There is a chance to win the Scudetto, if you can doone thing you can do everything."