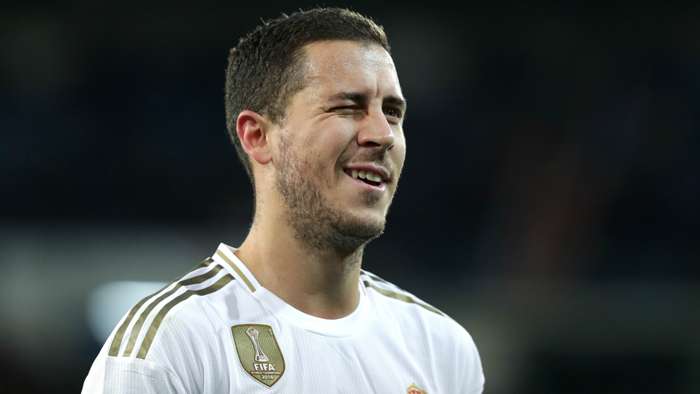 Eden Hazard will have a "fabulous" 2021 after missing out on Belgium's final games of this year with coronavirus, according to Roberto Martinez.

He has scored two goals and supplied four assists for Los Blancos, after a final campaign at Chelsea in which he registered 16 goals and 15 assists in the Premier League alone.

A muscle injury meant his first outing of 2020-21 did not come until October 27 and three games into his return he tested positive for coronavirus.

Hazard was again positive for Covid-19 at the weekend and will consequently miss Belgium's crunch Nations League Group A2 clash with Denmark.

However, Martinez is confident the 29-year-old will soon return to his previous heights and play an important role for Madrid and Belgium.

"Eden really wanted to join us and play the last three games in 2020," said Martinez on Tuesday.

"He has had a really complicated year. I am convinced that 2021 will be a fabulous year for Eden Hazard, and also the national team."

Goalkeeper Thibaut Courtois added: "It's a shame he'll miss this match, but we have enough quality to win without him.

"The group has more experience, we know what we have to improve. We have one of the best teams in the world."

Martinez will also be without the suspended duo Axel Witsel and Thomas Meunier for the meeting in Heverlee, where a point will be enough for Belgium to qualify for the Nations League Finals.

"We are not going to focus on the absentees. I am looking at the players that will have the chance to put themselves forward, to seize an opportunity," said Martinez.

"I have many solutions to compensate for the absences of Wistel and Meunier. There is Thomas Foket, Thorgan Hazard and Nacer Chadli among others.

"Denmark are a very strong team but we want to participate in the Finals so we will do everything to win. We are not going to aim for a draw. We have to win for the fans and to end the year on a good note."

Belgium missed out on a place in the inaugural Nations League Finals in 2019 after losing their final group game against Switzerland 5-2.

Courtois insists they have learned from that performance and know they cannot take Denmark lightly.

"We know their strengths and weaknesses. If they win, they will quality. We have to show intensity from the first minute to the last, be careful and focused. We will not easily win this game 4-0," said Courtois.