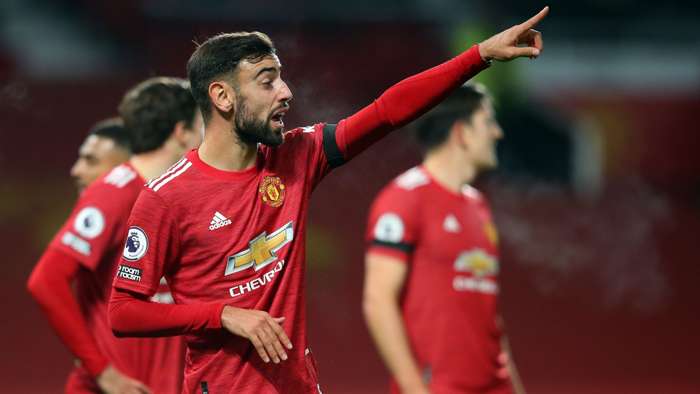 Bruno Fernandes was left frustrated by the penalty drama in Manchester United's win over West Brom, as he admitted: "I'm not happy I didn't score the first time".

The Portuguese needed a second bite of the cherry to grab his sixth Premier League goal of the season though, after seeing his first effort from 12 yards saved by Sam Johnstone in the West Brom net.

Luckily for Fernandes, Johnstone was punished for lunging off his line before the ball was kicked, with referee David Coote ultimately calling for a retake after consulting VAR.

The Red Devils midfielder made no mistake the second time around, firing the ball past Johnstone to condemn Slaven Bilic's side to their sixth defeat since returning to the top-flight.

Fernandes was, however, critical of himself in his post-match interview, telling MUTV when asked how he felt after seeing his first spot-kick kept out: “Not good. You need to do it the first time.

The 26-year-old went on to insist that United are capable of reaching a much higher level following another unconvincing performance, as he added: “Of course it is really important to us to win this game.

“First of all not because it was our first league win at Old Trafford but because we needed to get points in the league.

Fernandes also conceded a penalty at the other end of the pitch early in the second period, with Coote pointing to the spot following his challenge on Conor Gallagher in the box.

However, West Brom were denied the chance to take the lead after the match official went back on his initial decision following a VAR review, leaving Bilic incensed on the touchline.

Fernandes felt justice was done in the end, as he believed that he'd made contact with the ball before Gallagher went down.