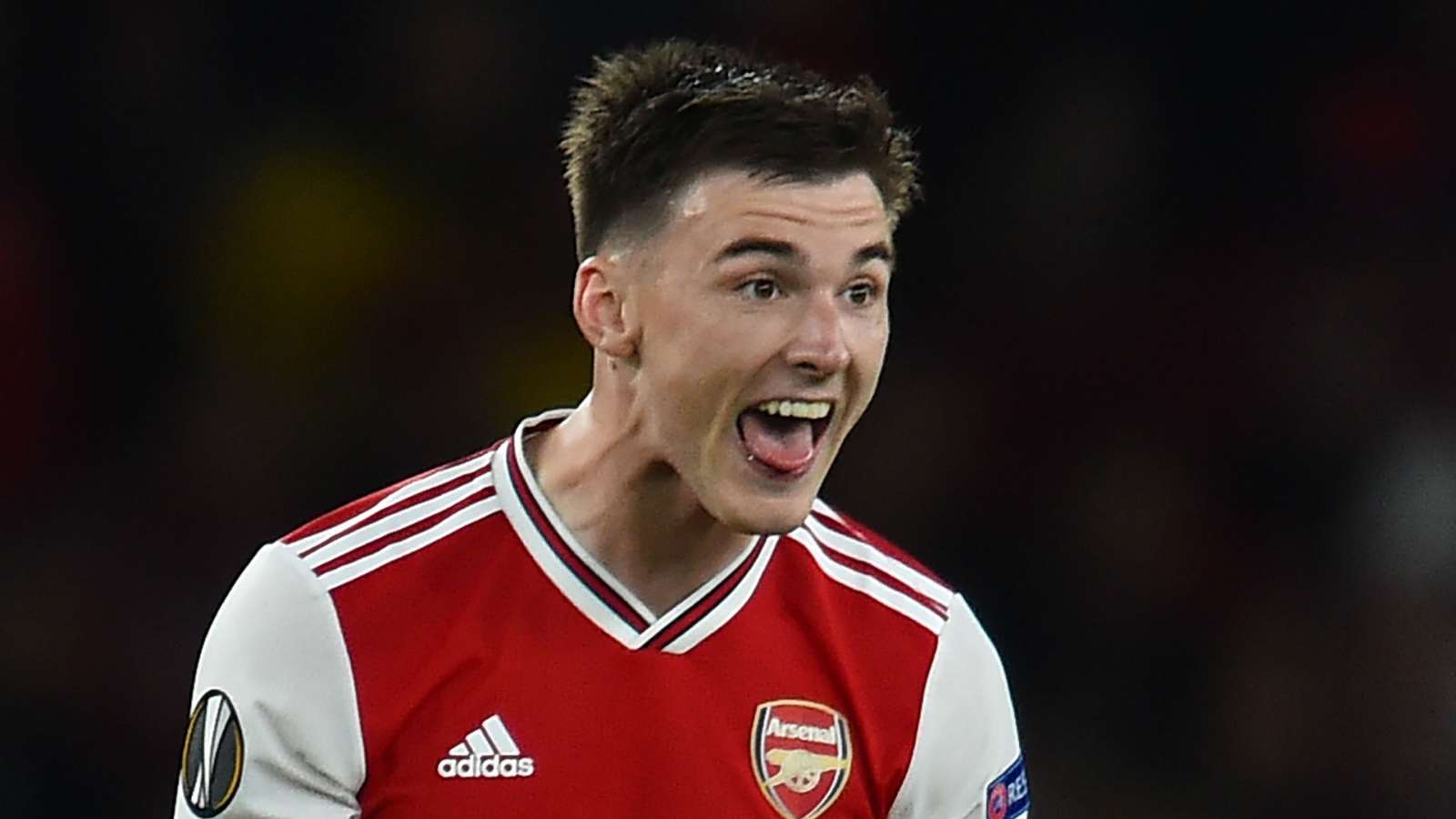 Kieran Tierney says he is "learning every single day" under Mikel Arteta and that he's confident Arsenal have a bright future under the "brilliant" manager's stewardship.

Arteta was drafted in as Unai Emery's permanent successor back in December, after a successful spell as Pep Guardiola's number two at Manchester City.

The former Gunners captain has since set about implementinghis own philosophy at Emirates Stadium, and initial signs of progress were seen before the season was postponed due to the coronavirus pandemic in March.

The Premier League was cleared to return earlier this month, and Arsenal were faced with the task of protecting their unbeaten record in 2020 against reigning champions City in one of the first rescheduled fixtures.

Guardiola's men were ultimately too strong for Arteta's, who succumbed to a 3-0 defeat at Etihad Stadium last Wednesday which severely dented their chances of Champions League qualification and theyfollowed up that result with another loss at the weekend against Brighton.

Tierney, who moved to Emirates Stadium from Celtic last summer,made his first appearance in six months against City afterovercominga string of fitness issues.

The Scotland international hadnothing but praise for Arteta when discussing how he has helped him through his injury nightmare, and he is "grateful" that the Arsenal boss trusted him to return in such a high-profilefixture.

"He's been brilliant,"Tierney told Sky Sports . "Obviously I was injured when he first came in and that was so unfortunate because you want to impress the new manager and get off to a good start. But even then, he was good with me. He watched me from afar and asked for updates on how I was doing.

"It's been an absolute joy to train with him. I feel as if I'm learning every single day and I was grateful for the opportunity he gave me against Manchester City.

"It was my first game in so long and a big game for the club, so for him to trust me was brilliant."

Ahead of a meeting with Southampton on Thursday, Tierney added on the whole Arsenal squad being fully behind Arteta and his long-term vision: "Every day in training you know you're going there to work.

"There are times for a laugh and a joke - Mikel loves that as well - but when we're working, we're working. It's a lot of tactical stuff as well, and that's going to help us all get an understanding of how he wants us to play.

"I've said before, something like that is not going to just work straight away, it's going to be a process, but there is light at the end of the tunnel and we need to stay focused on that. There are going to be bad results and bad games, but as a team we need to keep the confidence, stick together and kick on again.

"All the players are hurting, it's a tough time for everyone at the club, but there are going to be better days ahead.

"The last two results haven't been ideal, but the work-rate is still at 100 per cent every day in training. We're working so hard and we're working to the gameplan that the manager wants. We all believe in it and we're all buying into it."