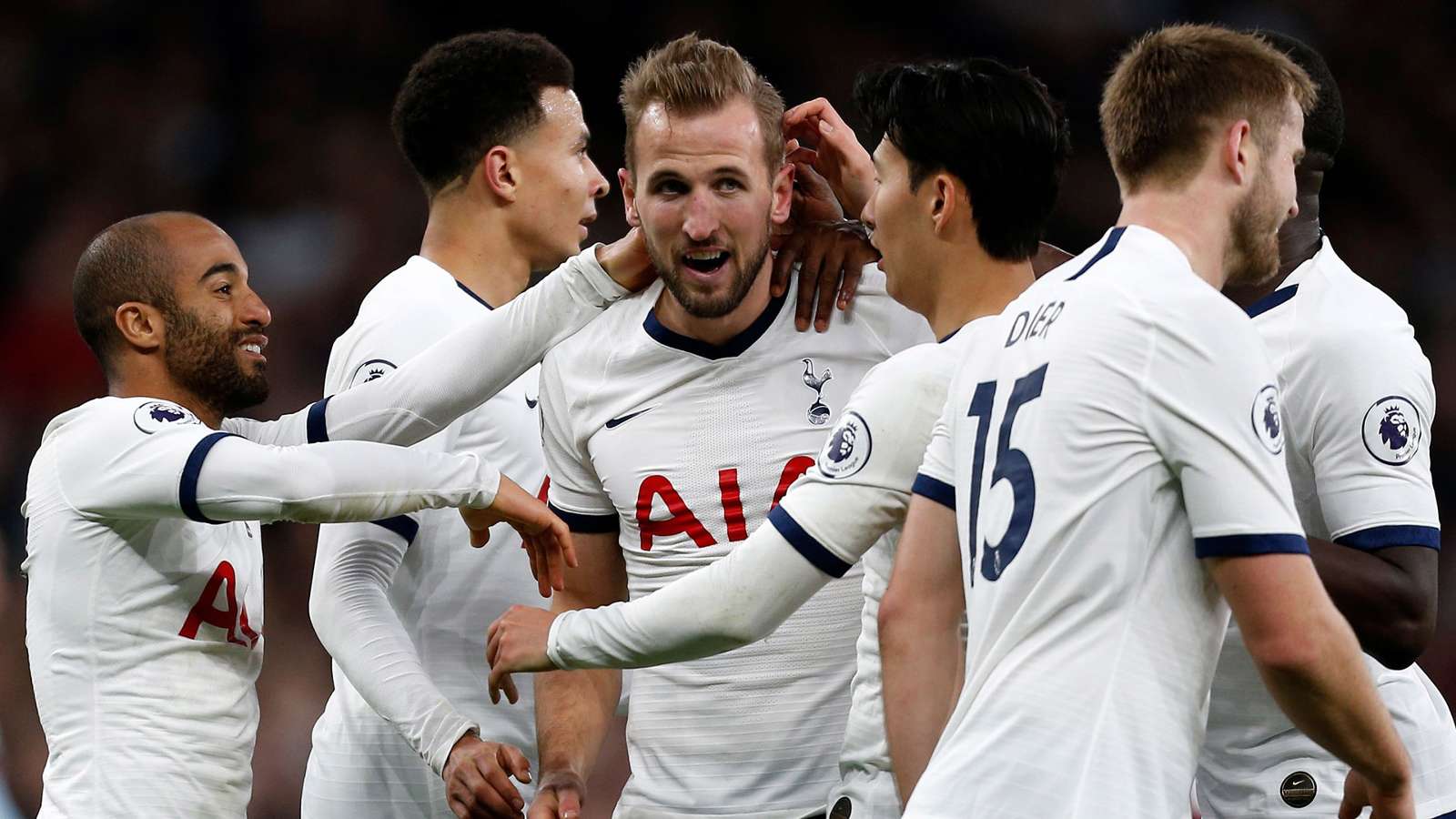 Harry Kane saidhe feels "as fit as I've ever done" after scoring his first goal of 2020 in Tottenham's 2-0 win over West Ham on Tuesday.

Kane returned to action for the first time since New Year's Dayfollowing a hamstring injury and the coronavirus-enforced hiatus in Friday's draw with Manchester United .

The England striker looked visibly off the pace in that game and wasted several chances against West Ham before making sure of the points eight minutes from time.

Tottenham's win moves them within a point of fifth-placed United and sixth-placed Wolves in the race for Champions League football.

"I'm happy to get back on the scoresheet. It was a tough game, it took us a while to break them down. Obviously we had a few chances before we scored the first one, then it was nice to finish it off at the end.

"When you've been out for over six months, it's getting that feeling back on the pitch. You can train as much as you want, but being out here is totally different. I had a few I probably should have scored – definitely one other – but it was nice to put that one away.

"I've been working very hard all through my rehab, through the lockdown and the warm-up games leading to the first Premier League game. I feel as fit as I've ever done before.

"It's been a good chance to rest, recover and work on a few things I haven't been able to over the years. I'm feeling in good shape.

"I'm someone who, whether I score or not, miss chances, I'm always ready for the next one. I don't think it bothers me too much. But scoring is one of the best feelings in the world. It's been a while since I've done it. It's great to get that.

"We've got a little rest now – it's Sheffield United next in a big game – so hopefully we can continue from this win and take it into the rest of the games."

Kane's goal came in his 200th Premier League appearance for Tottenham. He has 137 goals for Spurs in that time, only Sergio Aguero (138) has scored more in his first 200 league appearances for a club.

"It's good but it can always be better," Kane added of that tally."Look, 200 games goes so quick. I've been playing first-team football now for five or six years and the years just fly by.

"I've got to make the most of it, keep in as good shape as possible. I'm still only 26 and I've still got plenty of years to go, so hopefully I can get to that 200 mark sooner rather than later and see where we go from there."