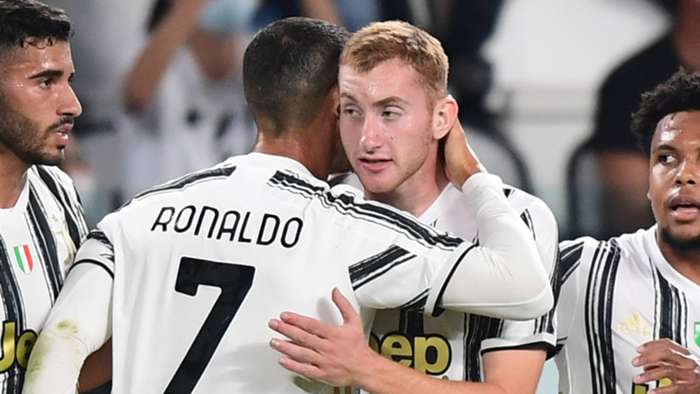 Dejan Kulusevski insisted Cristiano Ronaldo cannot be stopped as the Juventus team-mates prepare to reunite in the Nations League fixture between Sweden and Portugal.

Sweden star Kulusevski -who plays alongside Ronaldo at Serie A champions Juve -is braced for a difficult encounter with Portugal's captain and all-time leading goalscorer.

"There is no one who can stop him.If he has a good day, he decides everything on his own," Kulusevski said via Aftonbladet.

"We did not manage to stop him last match, but we get another chance on Wednesday.

"I do not know how to stop him, you have to be aggressive get him frustrated.I know what it's like to play against aggressive backs and in the end you get frustrated."

Kulusevski joined Atalanta as a 16-year-old in 2016 from his nativeBrommapojkarna in Sweden - and made three appearances for the Bergamo-based club during the 2018-19 season.

He was then loaned out to Parma for the 2019-20 season where he excelled, scoring 10 goals and creating nine assists in an impressive Serie A campaign.

Kulusevski's Parma form earned him a€35 million (£30m/$39m) move to Juventus - where has had started both Serie A games under new coach Andrea Pirlo this season, scoring one goal.

The talented attacker was only used for 20 minutes as a substitute in Sweden's match against France in September, with Zlatan Ibrahimovic labelling the decision by coach Janne Andersson as a 'f*cking joke' .

Fernando Santos' Portugal are in the midst of a six-game unbeaten streak since going down 2-1 to Ukraine in October last year.