‘He is lacking so much’ – Man Utd fan Usain Bolt offers his take on Solskjaer, Fred and Bruno Fernandes 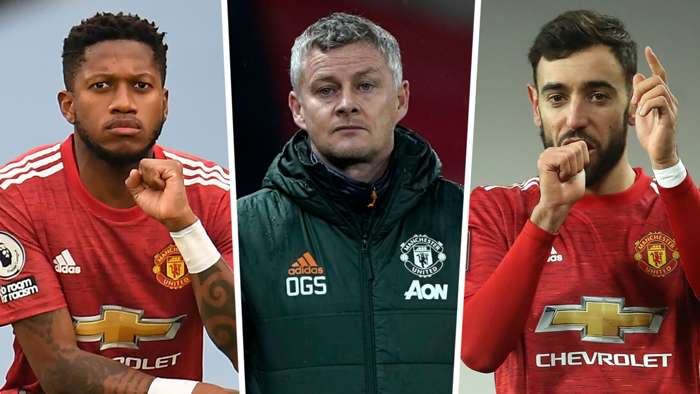 Manchester United fan Usain Bolt knows what it takes to be the best, as a man with eight Olympic gold medals to his name, and he has been casting an eye over goings on at Old Trafford in 2020-21.

The Red Devils arework in progress, albeit having forcing their way into contention for major honours, and there are still several hurdles to be cleared before glories of the past are rekindled.

Bolt has offered his take on leading figures on and off the field, with the Jamaican sprinter hoping that solid foundations currently being put in place can be built on by the players and coaches.

Bolt told CNN when asked if Ole Gunnar Solskjaer has a long-term future as United boss: “If he changes - hes too nice.

“Thats the only thing I can say, hes too nice. He never really says anything bad about any player, even if they dont play good and thats the only thing, but if he changes and really pressures the players, you know what I mean, calls them out sometimes when they really didnt put their all into it, then I feel like he should stay because he is cool and the fans love him.”

He added on those he would be seeking upgrades for in the next transfer window: “I think Fred should not be in the midfield. I think he is lacking so much. He works hard, but hes lacking passing and he gives away a lot of cheap fouls in bad areas.

“I think [Edinson] Cavani needs to play more. I definitely feel like as long as hes fit, he should be on the field, you know what I mean, and overall I think we need to just pressure all the players. I feel like theyre so comfortable now because they know theyre going to start.

“If youre sure of your spot, then you dont play as hard as you should. So its just one of those things I feel needs to change and well be fine.”

On Red Devils talisman Bruno Fernandes, Bolt said: “Hes outstanding, but it worries me to know that if Bruno doesnt play, we look shaky, we dont look like a football team, you know what I mean.

United remain in the hunt for a top-four finish in the Premier League, alongside effortsin the FA Cup and Europa League.

Continental action is next on the agenda, a trip to AC Milanon Thursday with theheavyweight last-16 encounter locked at 1-1.

Attention will then switch to domestic cup matters on Sunday and thequarter-final clash with Leicester.