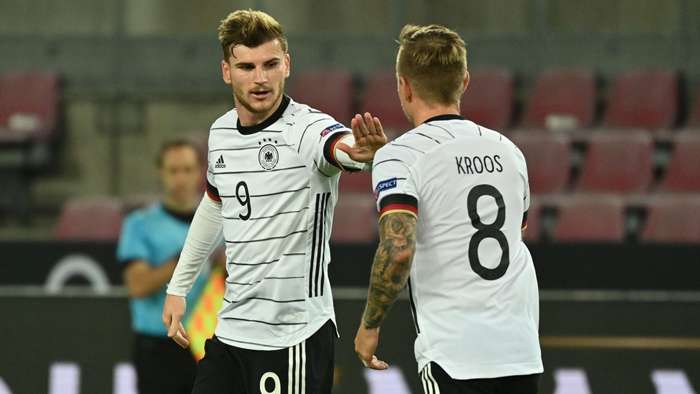 Bayern Munich coach Hansi Flick is worried by the Germany national team's lack of striker and full-back options and called on Bundesliga clubs to produce more talents to fill the gaps.

Flick, a former Germany assistant coach and sporting director at the German Football Association (DFB), says it is up to the nation's clubs to ensure Die Mannschaft have enough top class players in each position, but admits it is not a new issue.

“We have to create strikers and full-backs in the Bundesliga. We have to tackle things in all of German football,” he told reporters.

“For example, I don't see a real central striker on the German market at the moment. We have Serge Gnabry and Timo Werner, but they are anything but central strikers that we usually know.

“We Bundesliga clubs are there to train players who will then play in the national team. We have to make sure that we create strikers and full-backs, that's our job. That was already a big topic when I was sports director.”

The 55-year-old joked that the striker situation could get so bad Low will have to bring Germany's all-time top scorer Miroslav Klose - currently Flick's assistant at Bayern - back into action.

“I have one here. If he trains for six weeks, he, Miro Klose, might play again. But I need him here myself,” he said.

Flick also jumped to the defence of his former boss, who has faced criticism following the 3-3 draw against Switzerland.

“I think the criticism is very exaggerated. Jogi has done a sensational job as a national coach,” he said.

“When things don't go that well, many come out who haven't had a ball at their feet for 25 or 30 years.