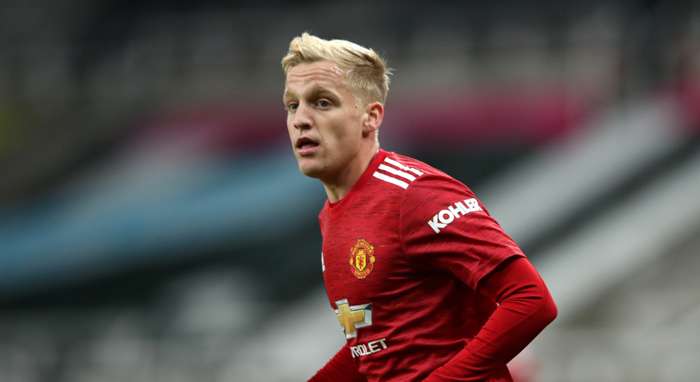 Scott McTominay's fifth-minute header proved to be the winner for the Red Devils, who were well below their best as Solskjaer seized the chance to make a number of changes to his line-up.

Van de Beek was among those drafted in for a rare start, with the playmaker still finding his feet in Manchester following a £35 million ($47m) move from Ajax in the summer transfer window.

The 23-year-old put in a solid shift in a holding role alongside McTominay in the middle of the park, which will have only served to increase his chancesof featuring in a crucial Premier League fixture away at Burnley on Tuesday night.

Solskjaer gave little away when it comes to his possible selection decisions for the trip to Turf Moor post-match, but did express satisfaction over Van de Beek's performance, and highlighted one moment of magic which saw the Dutchman set Juan Mata through on goal with a delightful improvised pass just before half-time.

“I think Donny showed again his qualities,” said Solskajer after the match. “He is very technically clean, makes good decisions.

"What a little flick to play Juan through in the first half. He has that quality to open up tight games so definitely he will benefit from this game as well.”

Prior to United's clash with the Hornets, Solskjaer had offered assurances over Van de Beek's futureamid questions over his bit-part role in the current squad.

It has been suggested that United were foolish to fork out such a large fee for the Netherlands international given their options in midfield, but the Norwegian head coach has promised his time will come.