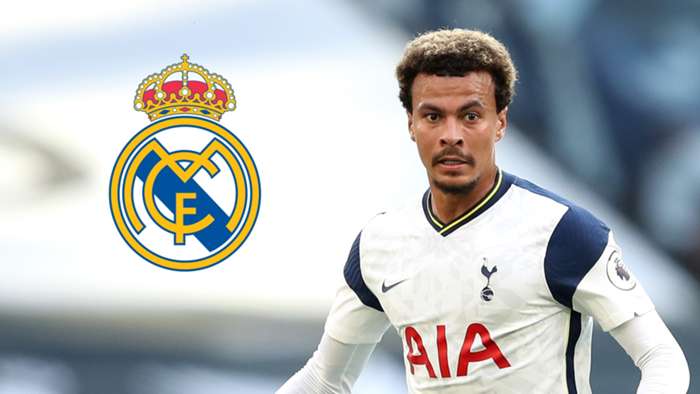 Dele Alli has not “done enough to warrant a big move” to Real Madrid, says Jamie O’Hara, with the England international urged to stay put andrediscover his “brilliant” best alongside Gareth Bale.

His presence may force others towards the exits, with it suggested that Alli could be among those moved on. He has been left out of Mourinho’s squad for a Europa League qualifier against Lokomotiv Plovdiv on Thursday, with questions now being asked of his future.

It has been claimed that Real were offered the opportunity to take Alli as part of a deal for Bale, but O’Hara believes the 24-year-old can still play an important role for Tottenham.

“I think Spurs need to try and find a solution to get the best out of him. If they do bring in Gareth Bale, they are talking about a top player all of a sudden, Harry Kane is going to be happy with it.

“Dele Alli needs to find his form. You can’t say he’s not done great things because he’s scored over 50 Premier League goals. He can be a brilliant player for Spurs. He’s been very average lately but I still think there’s something there they need to find and motivate him to get the best out of him.

“Why do we have to get rid of Dele Alli just to bring in Bale? I’m not sure about that. There’s a problem with Mourinho and Dele Alli, but I’m not sure what it is.

“Why should you get rid of a player who, in my opinion, is the best player in that position at the football club at the moment.

“We haven’t replaced Christian Eriksen and Dele Alli is the No.10; Gareth Bale is probably going to play on the right. That means you’ve got Steven Bergwijn, Lucas Moura and Erik Lamela in that position. If you are going to get rid of someone to bring Bale in, why not one of them?”

While excited about the potential return of Bale to Tottenham’s ranks, O’Hara has urged caution when it comes to the 31-year-old as he may not be the saviour that many are making him out to be.

“Let’s not get carried away and think all of a sudden Gareth Bale’s in and we’ll be top four,” added O’Hara.

“Bruno Fernandes coming in to Manchester United made a massive difference, so he will make a difference to the football team - but let’s not get carried away; one player is not going to get us in the top four.